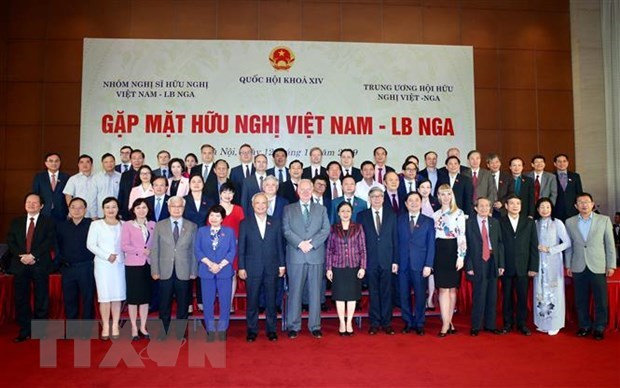 Speaking at the event, head of the NA’s Committee for Science, Technology and Environment and head of the Vietnam – Russia Friendship Parliamentarians’ Group Phan Xuan Dung said the gathering is a chance to recall the tradition of bilateral ties as well as the warm sentiments and contributions of the Soviet Union in the past and Russia at present toward the Vietnamese people.

He said Russia is now a comprehensive strategic partner of Vietnam and the ties between the two legislatures have kept growing over the past years through maintaining sideline meetings, mutual consultation and support in issues of shared interest at regional and global inter-parliamentary forums.

Via meetings, delegations of the two legislatures pledged to realise signed agreements towards further developing bilateral friendship and coordination, as well as maintaining close liaison at regional and global forums, he said.

Russian Ambassador to Vietnam Konstantin Vnukov expressed his respect for the long-standing ties between the two countries.

The diplomat vowed to stand ready to support Vietnam in every area, especially external work in the near future./.