Hanoi (VNA) – The central region is at high risk of drought from March to May, the remaining months of this dry season, said Deputy Director of the National Centre for Hydrometeorological Forecasting Vu Duc Long said on March 9. 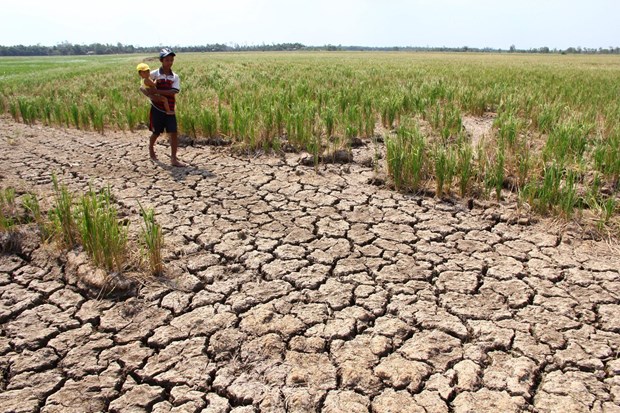 The central region is at high risk of drought from March to May, the remaining months of this dry season. (Photo: baoquangngai.vn)

Due to impacts of El Niño Southern Oscillation (ENSO), the average temperature nationwide is likely to increase by 0.5-1.5 degree Celsius, according to the official.

Water levels in rivers in the central and Central Highlands regions are forecast to be 35 – 70 percent below the average recorded in previous years, and even 80 percent down in some areas.

Central Vietnam will likely suffer drought in the next two months, and saline intrusion in regional estuaries will occur earlier and on a larger scale.

It is very likely that Thanh Hoa, Ninh Thuan, Binh Thuan, the Central Highlands and the southeastern region will be in the grip of drought from March to May, while the central coast is facing drought and saltwater intrusion from June to August, which will be more severe than the last dry season.

Volumetric flow rates of rivers in the central and Central Highlands regions are predicted to be 40 – 80 percent lower than in previous years, and possibly down 80 percent in the Ca River (Nghe An).