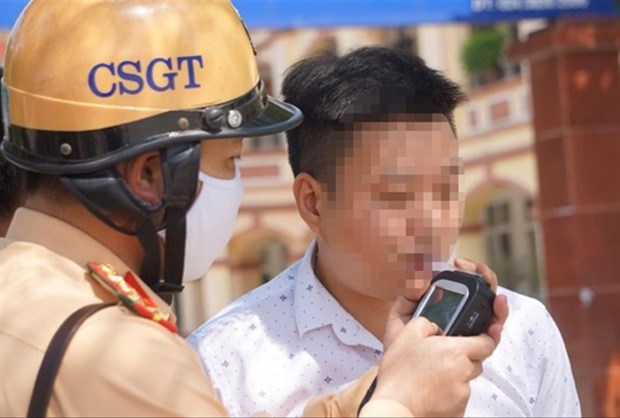 The crackdown will be implemented from March 16 to April 15, according to the Traffic Police Department under the Ministry of Public Security.

Police in localities were asked to check coaches and trucks along national highways, expressways and areas with restaurants to detect and quickly handle violations of traffic safety laws.

Traffic police officers will penalise those who drive under the influence of alcohol or drugs, carry too many passengers, transport illegal products, drive without a vehicle registration certificate and a driver’s licence or break any traffic regulations.

Police were also asked to coordinate with other forces to prevent crimes on the road, such as robbery, transportation of drugs and illegal goods or assaults against on-duty officers.

The Traffic Police Department also required its staff to strictly follow the direction of the Ministry of Public Security and the Ministry of Health’s recommends on COVID-19 prevention.

In an effort to crackdown on drink driving during the COVID-19 outbreak, police used one test tube for each driver to avoid any risks to the officers or drivers, a representative of Hanoi traffic police said./.