(VNA) – Vietnam beat Singapore 1-0 in their third Group A match at the ASEAN Football Federation (AFF) U15 Championship in Thailand on July 31. 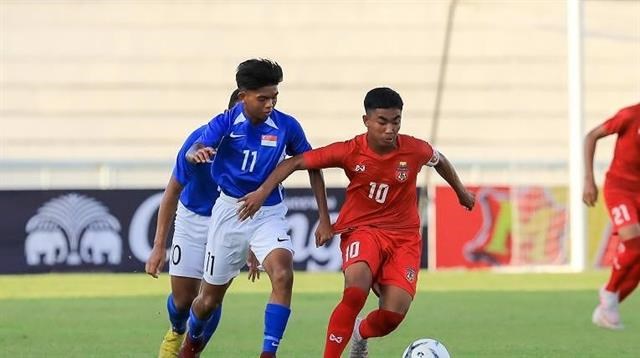 Vietnamese forward Cai Van Quy (R) holds off a Singapore player during their match in Group A (Photo: plo.vn)
Le Minh Toan converted a penalty kick in the 77th minute to secure the win.

It was the team’s second win in three matches. They now have six points and narrowly trail the leaders East Timor and Indonesia, who tied 1-1 in the other match. They each have seven points.

In the next match, Vietnam will play Myanmar August 2. The Philippines will face Indonesia and East Timor will play Singapore.

Malaysia remained top of Group B with two wins, followed by Thailand and Australia.