Hanoi (VNA) – Vietnam’s head coach Ijiri Akira has called up 26 players for a training camp in Hanoi in preparation for the Asian Football Confederation (AFC) U19 Women’s Championship later this month in Thailand. 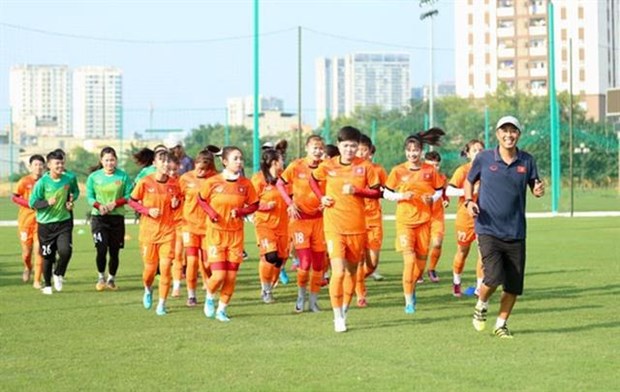 U19 players are in a training session in Hanoi. They will be competing in Thailand later this month. (Source: vtv.vn)

Akira and his players will be training at the Vietnam Youth Football Training Centre before leaving for Myanmar for two friendly matches against the hosts on October 11 and 13.

They then will return to Hanoi for 10 days before Akira names the squad of 23 players. They will leave for the tournament in Chonburi on October 24.

The championship will run from October 27 to November 9.

The top three teams at the tournament will qualify for the 2020 FIFA U20 World Cup in Nigeria as AFC representatives./.