Top Muay Thai fighter to compete in ONE Championship Singapore 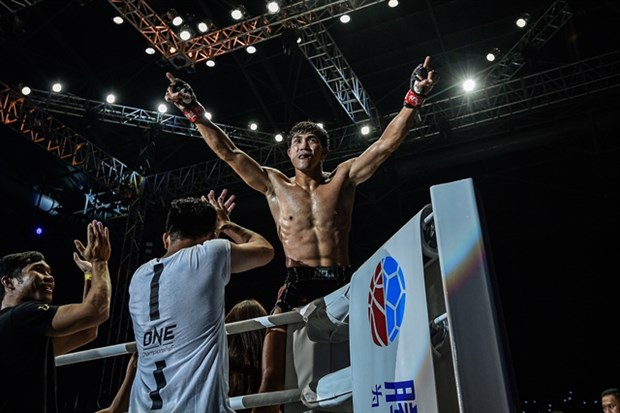 Nhat is an undefeated Muay Thai fighter of Vietnam, triumphing at all national championships as well as many international tournaments, particularly the victory over Muay Thai star, Victor Pinto, in Thai Fight championship in 2015.

This year, Nhat also made headlines when he won the World Lethwei Championship for the second time.

Watanabe is the champion of many events including MAJKF, J-Network, WPMF Super Bantamweight Championships, and WMC Muay Thai Open. He has had 19 wins, nine losses and three draws in the professional Muay Thai.

The upcoming match will be a chance for the Vietnamese star to hone his skills and gain experience for the SEA Games in the Philippines later this year.

Besides the match between Nhat and Watanabe, the event will see legend Nong-O Gaiyanghadao of Thailand competing against his teammate Saemapetch Fairtex; Singapore’s Amir Khan vs Malaysian martial arts star Ev Ting; Tiffany Teo of Singapore vs Maira Mazar of Brazil./.