Hanoi (VNA) – Vietnam’s national male basketball team and its core of naturalised overseas Vietnamese players are expected to bring home a medal at the upcoming Southeast Asian (SEA) Games in the Philippines. 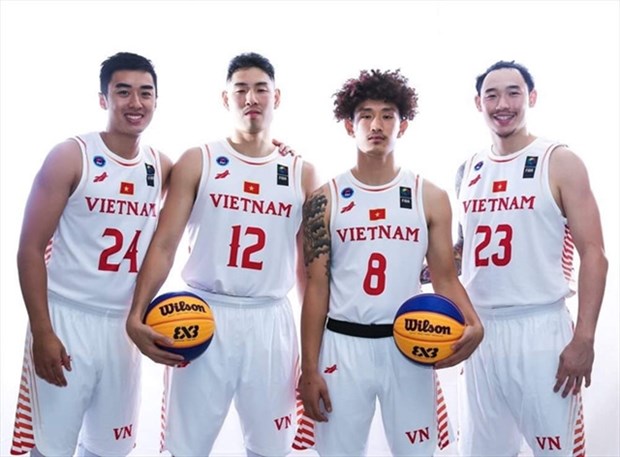 The naturalised players alongside eight native Vietnamese players are Dinh Thanh Tam, Dinh Thanh Sang, Tran Dang Khoa, Justin Young and Chris Dierker. All of them showed their talent in the Vietnam Basketball Association (VBA) League which concluded in September.

Leading the male team is American coach Kevin Yurkus of Saigon Heat. He was head coach and general manager of Cantho Catfish in the VBA. Yurkus is a two-time Coach of the Year in the VBA.

He led the Catfish to back-to-back finals appearances and a 2018 VBA championship before he was tapped by the Bangkok Storm to serve as their head coach and general manager.

According to Jurkus, because the hosts Philippines are very strong, Vietnam will fight for the second or third place with Thailand, Indonesia, Malaysia and Singapore.

Jurkus said as many players in the Vietnam team played together in the VBA they have good chemistry already.

In the 30th SEA Games in the Philippines, Vietnam will compete in four categories including men’s and women’s basketball team of 5×5 and 3×3.

Basketball will be played in Manila from December 1-10./.