Hanoi (VNA) – Korean coach Park Hang-seo has signed a new contract to manage Vietnam’s national and U23 teams, ending months of speculation that he was set to leave. 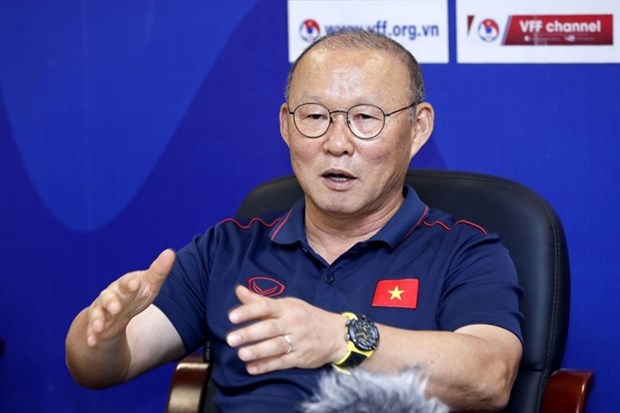 The Vietnam Football Federation (VFF) announced an extension to the deal that was poised to end in January 2020 on its website on November 5.

While details will not be released until a press conference and signing ceremony on November 7, it has been reported that the contract will run three years and would pay more than his current 20,000 USD per month.

The VFF said under Park, national football has changed remarkably, with a historic second place at the 2018 AFC U23 Championship, a semi-final berth at the 2018 Asian Games and the title at the AFF Cup last year, as well as a quarter-final berth in the AFC championship this year.

Park has also been nominated for the Best Coach award at the AFF Awards Night, which will be held in the capital city of Hanoi on November 8./.