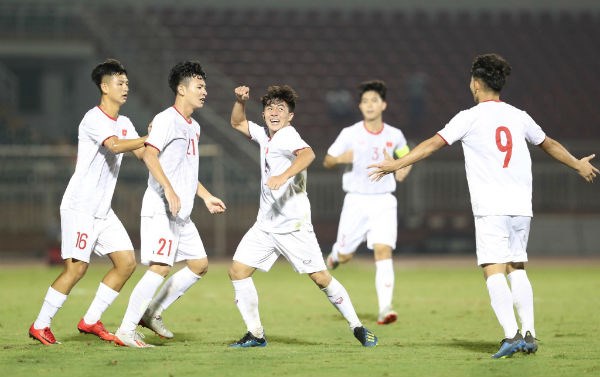 Nguyen Thanh Khoi opened the score for the host at the 64th minute.

The hosts were moving with speed and confidence, and the Mongolian defence succumbed to the pressure again two minutes later when Gan-Erdene Batmunkh brought down Nhat in the box, which Van Tung then duly converted to seal the victory.

In the next match on November 8, Vietnam will meet Guam who were defeated 10-0 by Japan.

Coach Philippe Troussier of Vietnam is aiming for top spot in Group J of the Asian Football Confederation U19 Championship qualification, which comprises Vietnam, Japan, Guam and Mongolia.

The Asian qualifiers will see teams competing in 11 groups with 11 top teams and four best second-placed squad will join the hosts in the finals on October 14-31 next year.

The top four teams of the tournament will qualify for the 2021 FIFA U20 World Cup in Indonesia as AFC representatives.

Vietnam’s best result at the event was a semi-final berth in 2016 where they lost 3-0 to Japan. They made history as the first ever Vietnamese team to win a slot at the World Cup level./.