Hanoi (VNA) – The “football map” of Southeast Asia has seen big changes with Vietnam and some others moving up the ranks, according to the men’s FIFA world rankings for November. 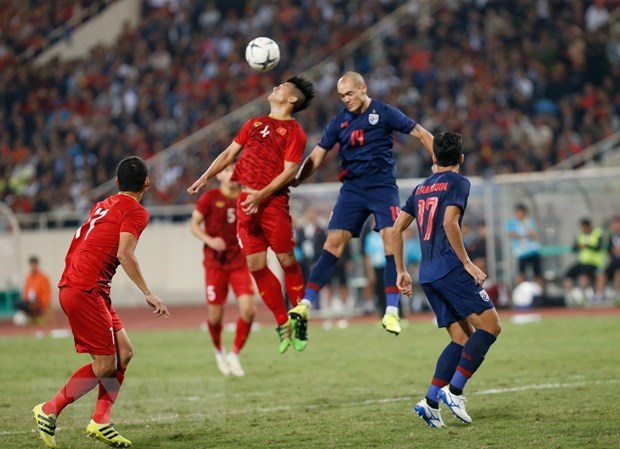 Vietnamese footballers (in red) in the World Cup 2022 qualifier with Thailand in Hanoi on November 19 (Photo: VNA)

In November, Vietnam played two World Cup 2022 qualifiers, winning 1-0 against the UAE and holding Thailand to a goalless draw.

Since the UAE has a higher ranking, the defeat of this team earned Vietnam more points, raising its score from 1,245 to 1,258. As a result, the national men’s team of Vietnam go up from the 97th to the 94th position, making it the 14th strongest team in Asia and the best in Southeast Asia.

Meanwhile, Thailand drops four places to the 113th position in the list as it didn’t secure any wins in November when facing Malaysia and Vietnam. However, it still retains the No. 2 position in Southeast Asia.

Myanmar jumps 11 places to the 136th position, and Malaysia climbs four places to No. 154 this month.

In the rankings, Belgium remains the world’s top team, followed by France, Brazil, the UK and Uruguay./.