Hanoi (VNA) – Vietnam’s women’s football team have advanced to the finals of SEA Games 30′ women football by defeating the hosts Philippines 2-0 on December 5. 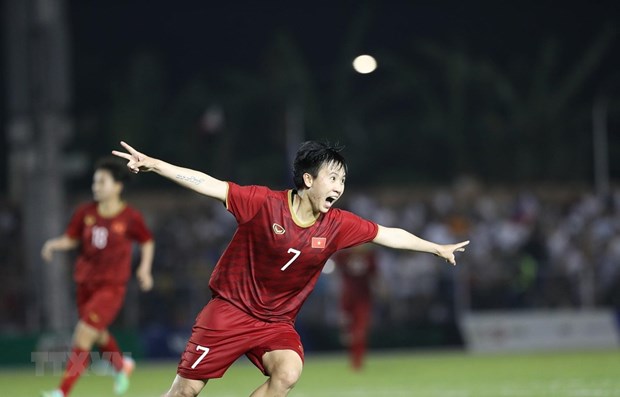 Vietnam dominated the game but could not realize many of their attacks into goals, until the second half.

Thai Thi Thao scored in the 60th minute, after good work by Duong Thi Van and Huynh Nhu, who broke through the Philippines’ defenders to get the ball inside the area.

Nguyen Thi Tuyet Dung doubled the score in the 84th minute, which was her third goal in the tournament.

Vietnam will play Thailand in the final on December 8.  In another semifinal game the same time, Thailand defeated Myanmar 1-0.

Philippines and Myanmar will compete for the third place.