Hanoi (VNA) – The capital city of Hanoi is working to finalise preparations for its first Formula One race in April. 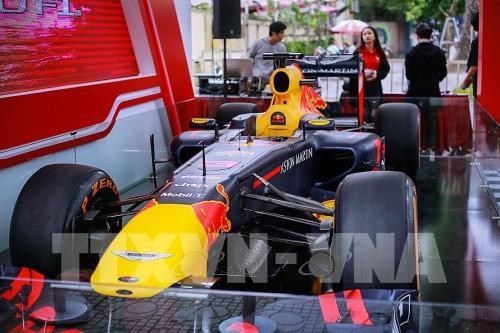 Contractors have been working day and night to ensure progress.

The F1 track has basically been completed, and the pit wall and stands are finished.

The city’s Transport Department has checked streets adjacent to the race track to plan parking areas and divert traffic during race week.

Nguyen Xuan Thanh, deputy head of the department, said the parking lots would be able to handle 11,450 cars.

The department had also asked the People’s Committee of Nam Tu Liem district to issue permits for motorbike parking on pavements in accordance with current regulations during the race, he added.

Hanoi is the 22nd city in the world to host Formula One. It will be held on the streets close to My Dinh National Stadium.

The F1 Vietnam Grand Prix has a length of 5,607m, including 23 corners designed by Tilke Group of Germany.

Vietnam will be the third Southeast Asian country to host the F1 race, after Malaysia and Singapore. Vietnam’s Formula 1 race will take place from April 3 -5. This is the third leg of the season, after Melbourne (Australia) and Bahrain.

As one of the largest and most prestigious sporting events on the planet, F1 will enhance the capital’s position as a truly global city and a destination for world-class experiences./.