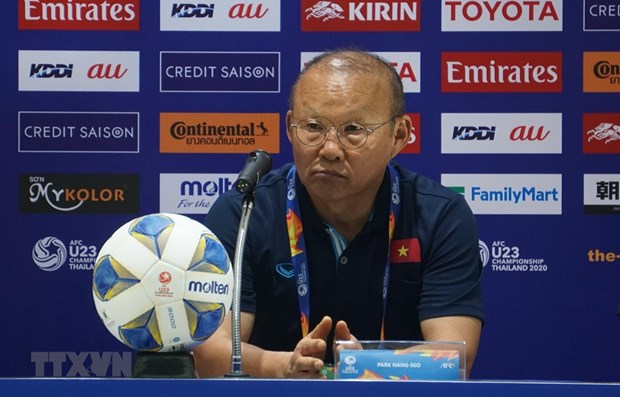 The AFC announced on February 10 to fine Park 5,000 USD and suspend him from four friendly matches after he received a red card in the 2019 SEA Games men’s football final in the Philippines last December for his loud response to referees.

In a letter sent to the Vietnamese media, the coach explained his reaction to the referees’ decision during the match between U22 Vietnam and Indonesian rivals, saying at that time, the game was growing more intense and players could get injured, so he told the referees to be more reasonable in controlling play.

Vietnam won the match against U22 Indonesia and brought home their first-ever gold medal in SEA Games men’s football.

Park admitted that his behaviour was inappropriate but confirmed he had not insulted the referees and he apologized to them himself after the match.

“I will accept and abide by the AFC punishment,” he said, adding that during his suspension time, the national team will still be well-prepared for the matches of World Cup 2022 qualifiers.

The Vietnamese team will play a friendly against Iraq on March 26, before their 2022 World Cup qualifier match against Malaysia on March 31./.