Hanoi (VNA) – The Vietnamese national women’s football team had their first training session on February 17 to prepare for the play-off round with Australia to earn a ticket to the 2020 Tokyo Olympics. 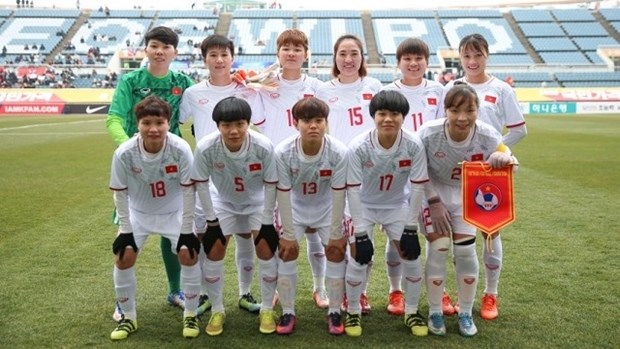 Head coach Mai Duc Chung said he will raise the strength and skills for his players in the first training sessions and then the team will have two friendly matches with the men’s team on February 24 and February 26.

The men’s team will include former players in the national U23 team and national senior team.

Early next month, Vietnam will leave for Australia to take part in the first-leg tie which will be held at the McDonald Jones Stadium in Newcastle, Australia, on March 6.

The stadium is home to A-League side Newcastle Jets FC and has a total capacity of 33,000 seats.

Following the game in Australia, the second leg will take place at Cam Pha Stadium in the northern province of Quang Ninh on March 11.

Australia have entered three Olympics and made the last-eight round twice. Securing an aggregate win and the nation’s first-ever Olympic spot will be a tough task for coach Mai Duc Chung and his players./.