Tokyo (VNA) – FAVIJA Olympic Tokyo, the biggest-ever football championship for Vietnamese in Japan, recently kicked off at the Vietnamese Embassy in Japan. 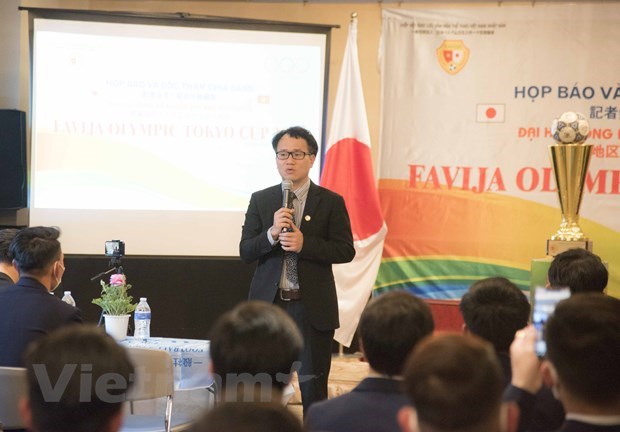 The tournament, organised by the Football Association of Vietnamese in Japanese (FAVIJA) under the sponsorship of the embassy, brought together 64 teams selected from the initial 83 squads and divided into 16 groups.

Prominent among the guests at the launching ceremony was Kikuchi Masahiko, head of the international bureau under Japan’s National Police Agency.

The tournament’s qualifying rounds are scheduled to take place from March 8-15 in Tokyo with prizes worth a total of 130 million VND (5,590 USD).

Japan is now home to 400,000 Vietnamese. Nearly 300 football clubs have been formed and operated as members of the FAVIJA./.