Vietnam to focus on Olympic events at SEA Games 31

Hanoi (VNA) – Vietnam will focus on Olympic sports at the 31st Southeast Asian (SEA) Games to be held in Hanoi next year. 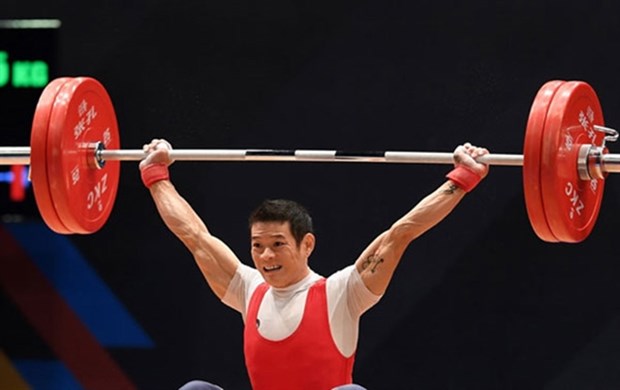 Weightlifter Thach Kim Tuan is expected to qualify for the Tokyo Olympics 2020 in the men’s 61kg category. (Photo 24h.com.vn)

According to the National Sports Administration, the upcoming Games will feature the largest number of Olympic sports in the event’s history.

“Following advice from Deputy Prime Minister Vu Duc Dam, we will feature all the Olympic sports at the SEA Games 31, along with several traditional sports,” said Tran Duc Phan, deputy director of the National Sports Administration.

The host country often top the medal tally by including a number of sports they are strong in, but Vietnam aim to create a fair event and leave a good image.
Shuttlecock, diving and vovinam (Vietnamese traditional martial arts) have been added to the list of events.

The region’s biggest sporting event will feature 36 sports, two-thirds of which will be present at the Olympic Games and Asian Games.

Hanoi and some neighbouring localities will host the events.
Vietnam enjoyed the best Games in its history last year, winning 98 gold, 85 silver and 105 bronze medals to rank second./.