Vietnam to compete in AFC Futsal Club Championship in August 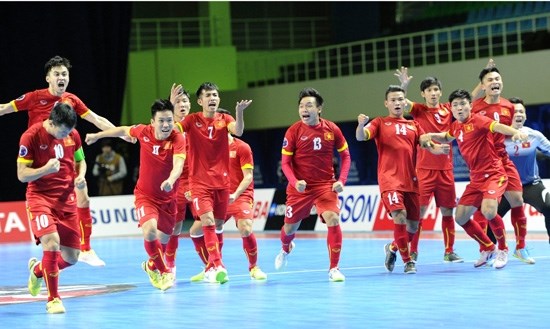 Earlier, the AFC postponed the AFC Futsal Championship 2020, which was scheduled for February 26 – March 8 in Turkmenistan, due to the COVID-19. After considering, the AFC has decided to postpone the tournament until August.

The event has 16 teams divided into four groups, competing in a round robin format to choose eight teams in the quarterfinals. The four teams that lose in the quarterfinals will play in the play-offs to find the best team. The top five teams will win berths at the Futsal World Cup 2020 finals.

Vietnam are in Group A with Oman, Tajikistan and Turkmenistan.

Vietnam aim to compete in the World Cup for the second time.

To prepare for the tournament, the Vietnamese futsal team have had an intensive training in Spain.

Currently, it has been determined that 13 out of 24 futsal teams will attend the 2020 Futsal World Cup finals, including strong teams like Portugal, Russia, Spain, Brazil and defending champions Argentina./.