Hanoi (VNA) – The Asian Football Confederation (AFC) has announced that all World Cup 2022 qualifiers during March and June are to be delayed due to fears about the COVID-19 outbreak, with all matches now set to take place during October and November, including three matches involving the Vietnamese men’s football team. 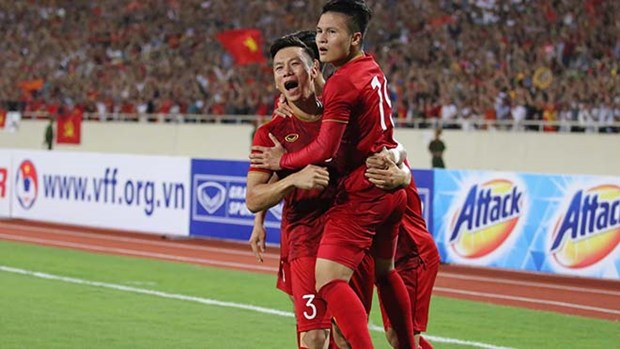 Vietnamese footballers in a match (Photo: VNA)
Tran Quoc Tuan, Vice President of the Vietnam Football Federation, said that both FIFA and the AFC have agreed to postpone World Cup 2022 qualifiers in the Asian zone which were set to take place in March and June due to the outbreak.