Hanoi (VNA) – The Formula One VinFast Vietnam Grand Prix 2020 will be put on hold due to the complicated developments of the COVID-19 outbreak, announced organisers on March 13. 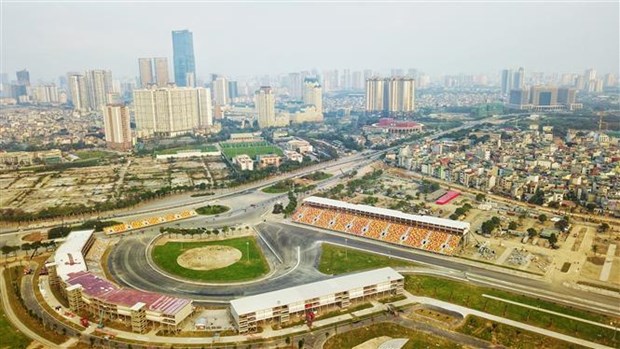 An aerial view of the F1 Vietnam GP circuit in Hanoi (Photo: VNA)

“This is a tough decision as 2020 is the year Vietnam became one of the 22 official hosts of the F1 race,” the organisers said.

The race, initially slated for April 3-5 in Hanoi, was expected to attract some 300,000 visitors and promote Vietnam’s tourism.

The postponement was made after several discussions and thorough consideration of the Fédération Internationale de l’Automobile (FIA), Formula One World Championship Ltd (F1), the Hanoi People’s Committee, and the Vietnam Motorsports Association (VMA), with a consensus from the Vietnam Grand Prix company (VGPC).

They will continue close their collaboration and keep a close watch on the COVID-19 to decide on a new date that will be safer and more suitable for the grand prix to take place and will make an official announcement to the public./.