Hanoi (VNA) – Ho Chi Minh City FC have been ranked among the best 100 teams in Asia by the Asian Football Confederation (AFC). 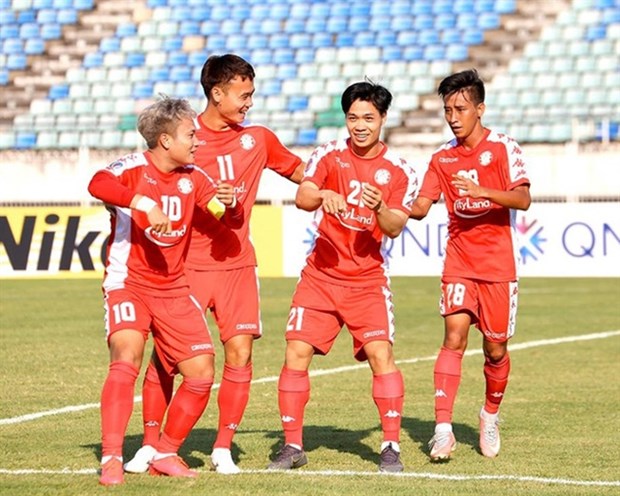 HCM City have been ranked in the best 100 teams of Asia by the AFC. (Photo: plo.vn)

The runners-up of V. League 1 currently now top Group F of the AFC Cup 2020 with two wins and one draw after three away matches.

With these impressive results, HCM City FC rose up eight steps in the AFC rankings to the 100th position.

Meanwhile, another representative of Vietnam, Quang Ninh Coal FC are second in Group G of the AFC Cup 2020 with three points, behind Ceres-Negros FC of the Philippines who have seven points.

Quang Ninh Coal FC’s rivals, Ceres-Negros FC have the highest position in Southeast Asia with the 23rd position. Meanwhile, Buriram United of Thailand rank 25th and Johor Darul Ta’zim of Malaysia are in third in the region with No 35.

Thanks to the prominence of Ceres-Negros FC at the AFC Cup 2020, the Philippines Football League continues to rise to the Asian rankings with 12th place, surpassing Tajikistan.

While the Vietnamese Premiere League is in the 15th place in Asia, replacing Australia’s capacity as last month’s ranking. Thailand is still No 1 in Southeast Asia on the ranking of tournaments and seventh in Asia. Singapore rank 18th, while Malaysia is in 19th.