Hanoi (VNA) – Hanoi welcomed over 19.3 million tourists in the first eight months of 2019, a year-on-year increase of 9.5 percent, according to the municipal Department of Tourism. 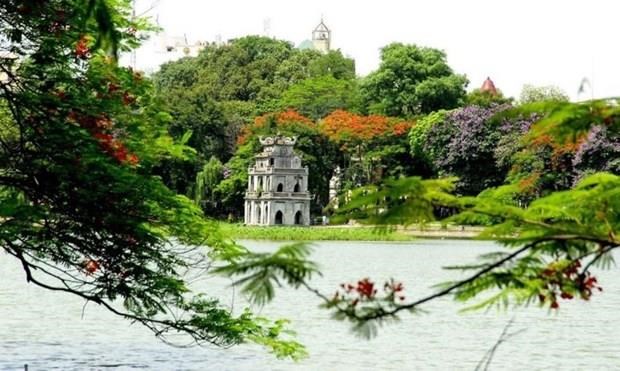 That includes more than 4.2 million foreigners, including over 3 million staying overnight, up 10.5 percent and 7.7 percent, respectively. Meanwhile, the capital city also served over 15 million domestic travellers, rising 9.2 percent from a year earlier.

Revenue from tourists between January and August is estimated at 67.22 trillion VND (2.89 billion USD), up 31.1 percent.

In August alone, Hanoi recorded a year-on-year growth rate of 10.7 percent in the number of holidaymakers to more than 2.5 million, including nearly 2 million domestic vacationers.

It earned 8.71 trillion VND in tourism revenue during the month, up 35.2 percent from the same period of 2018, statistics show.

The city is striving for 29 million tourists and 103 trillion VND in tourism revenue in 2019.

This year, Hanoi was again listed in various tourism rankings. Japan’s All Nippon Airways ranked the city 25th among the 26 best Asian cities for a combination of business and leisure. The capital city was ranked fourth among 25 destinations in Asia and 15th among 25 destinations in the world in 2019 by TripAdvisor. Most recently, it was named in the Cable News Network (CNN)’s list of the 17 best places in Asia.-VNA