Vinh Phuc (VNA) – The northern midland province of Vinh Phuc aims to welcome 6 million tourists in 2019, including 43,500 foreigners, and rake in 1.91 trillion VND (82.13 million USD) from the tourism sector. 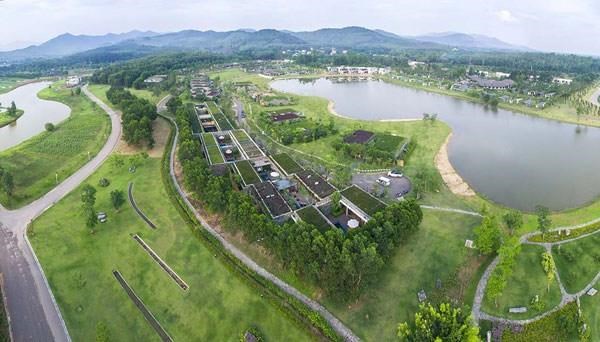 The number of visitors to Vinh Phuc has increased rapidly over the past years thanks to the locality’s investment in infrastructure and its efforts to improve service quality.

According to the provincial Department of Culture, Sports and Tourism, in the first nine months of this year, the province served about 4.6 million tourists, up 17 percent year-on-year, including about 39,000 foreign vacationers.

With the increasing numbers and the diversification of tourism services, the target set for 2019 is reachable, the department said.

To ensure safety for tourists, Vinh Phuc has instructed competent agencies and localities to intensify inspection, and asked restaurants, entertainment sites and accommodation establishments to maintain their service prices even in the peak season, while paying attention to environmental protection and food hygiene.

Notably, several newly-launched tours have attracted a slew of travellers such as the one-day tour to conquer Tam Dao Mountain Range, “Spiritual Path” tour, and Hai Luu stork eco-tourism, among others.

Vinh Phuc province is now home to 67 hotels and 299 lodging facilities with a total of 6,389 standard rooms. There are 10 travel businesses operating in the locality, including four international firms.

The province is home to several popular tourist destinations. Tam Dao Resort is an ideal summer resort in the north, standing 900m above sea-level.

The Tam Dao National Park is just nearby where the vegetation coverage is representative of five types of tropical forest. The flora consists of 904 species and the rich fauna includes 307 species.

At the foot of Tam Dao Mountain, Dai Lai Lake is an artificially created lake. Dai Lai is blessed with a favourable climate, cool summer and warm winter. Over the lake lies a 3-hectare island which is home to difference kinds of birds. Tourists also have a chance to enjoy panoramic view of the lake from top of Than Lan Mountain.

Located 90km from Tam Dao, Tay Thien Site is well-known with the beauty of forests, streams, waterfalls, and grottoes.

Trong quan Duc Bac singing – response folk singing between male and female groups – has been practised by locals in Vinh Phuc for centuries and has become a cultural “speciality” of the locality.

The art form involves spontaneous back and forth repartee singing accompanied by drums. The witty response of singers on various topics and in different voices is a unique feature of this folk art.

Each spring, young men in Duc Bac village of Vinh Phuc province and young women from the neighbouring province of Phu Tho gather on the bank of a river in Duc Bac to engage in Trong quan singing, through which they express their love. The singing then gradually moved to the yard of the communal house.

To turn the folk art into a unique tourism product for Vinh Phuc, it is necessary to organise performances at cultural-historic sites and popular tourist attractions, and include Trong Quan shows in programmes of community-based tours./.