Hanoi (VNA) – October saw a record number of international arrivals at almost 1.62 million, up 34.3 percent year-on-year, according to figures released by the General Statistics Office (GSO) on October 29. 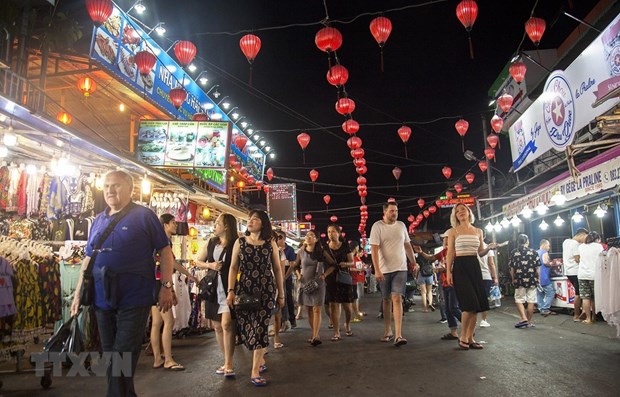 The country welcomed nearly 14.5 million international visitors in the January-October period, up 13 percent, with nearly 56 percent of the visitors from China and the Republic of Korea (RoK0.

The Vietnam National Administration of Tourism (VNAT) said the growth rate in the past 10 months is remarkably higher than the average growth in the region and the world. According to the UN World Tourism Organisation (UNWTO), the number of international travellers in the world increased by 4 percent in the first six months of this year, while the rate for Asia-the Pacific is 6 percent and Southeast Asia 5 percent.

Of the total international visitors to Vietnamduring the past 10 months, 79.5 percent were from Asian countries, up 15.2 percent from the same period last year. Most source markets sending tourists to Vietnam showed increases, such as 9.4 percent for China, 22.1 percent for the RoK, 15 percent for Japan, and 29.5 percent for Taiwan.

Impressive growth was also recorded in the numbers of visitors from Southeast Asian countries, with Thailand leading with a growth rate of 47.7 percent. Singapore has surpassed France to become the 11th largest source market of tourists to Vietnam.

The World Travel Awards Asia and Oceania 2019 was organised on Phu Quoc Island, a popular tourist destination off the southern Vietnamese province of KienGiang, on October 13./.