Hanoi (VNA) – A tourism promotion event was held in Hanoi on November 12 with the participation of 30 travel agencies from ten European countries. 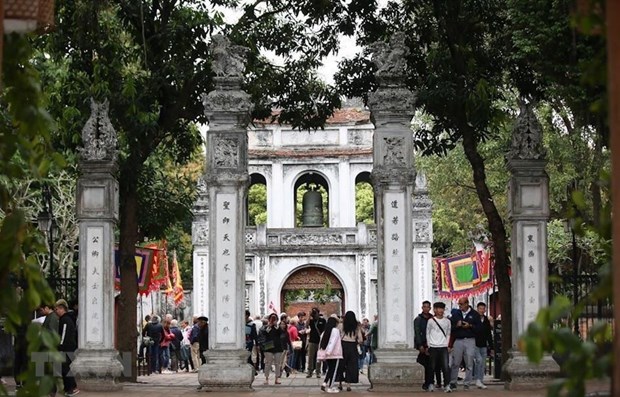 At the promotion event, tourism businesses from not only Hanoi but also other localities  introduced their tourism products and services to the European partners.

The municipal Department of Tourism also screened short advertising clips jointly produced by the city and the US Cable News Network (CNN).

This is the second time the Hanoi Department of Tourism has welcomed tourism businesses from Europe, according to the department’s Director Tran Duc Hai.

He said to further increase trade promotion and exchange activities between Hanoi and Europe, the department will continue providing the best conditions for European travel firms and tourists.

He hoped European enterprises will carry out more programmes to bring tourists to Hanoi and Vietnam as a whole.

The event in Hanoi is part of the European travel agencies’ fact-finding tour to Hanoi, Ninh Binh and Quang Ninh from November 9-14. The tour is funded by the Hanoi Department of Tourism and the national flag carrier Vietnam Airlines.

They also explored the Trang An tourism complex and Hang Mua in the northern province of Ninh Binh, and the world natural heritage site Ha Long Bay in Quang Ninh province./.