HCM City (VNS/VNA) – The robust growth of hotels and resorts on Phu Quoc Island in the Mekong Delta province of Kien Giang has resulted in a shortage of workers in the tourism industry. 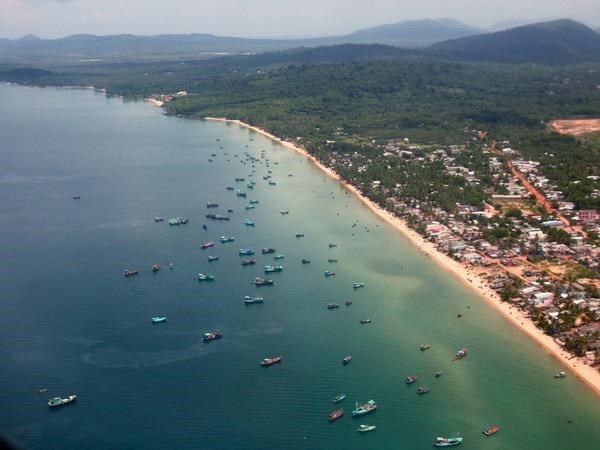 A corner of Phu Quoc island (Photo: VNA)
Pham Cong Son, CEO of The Shells resort, said that businesses for many years have been seriously concerned about the shortage.

The severe shortage of senior managers at five-star hotels is partly due to the less-than-ideal living conditions on the island, Son said at a recent round-table meeting held by Tuoi Tre newspaper on Phu Quoc Island.

To retain workers, businesses have to offer competitive salaries and benefits as well as good accommodations. However, a high turnover rate remains a headache for hotels and resorts.

Nguyen Huu Tuynh, a representative of Premier Residences Phu Quoc Emerald Bay, said his company had recently visited Can Tho city to recruit employees because of the staff shortage.

The company plans to hold a job fair in Kien Giang province to seek more candidates.

“The local tourism industry is beset by shortages of manual and skilled labourers. It is in dire need of senior managers,” he said.

Most of them hold elementary-level certificates at vocational schools or take part in on-the-job training courses offered by businesses, he said.

Career orientation and job consultancy in the tourism industry for high school students play a vital role in attracting local employees to work in their hometown instead of seeking jobs in major cities, according to Tran Viet Hung, Chairman of the HCM City Tourism Association.

Around 300 students graduate from high schools on Phu Quoc every year, Hung said.

The island has 300 projects with a combined registered capital of 17 billion USD.

In the first six months of the year, Kien Giang province issued licences to 11 projects with a combined investment of 12.2 trillion VND (526.6 million USD).

A total of 8,779 firms operate in the province, with most of them in the service, tourism and hospitality sectors./.