Hanoi (VNA) – Under the impact of the 2019 novel coronavirus (2019-nCoV) outbreak, foreign tourist arrivals in Vietnam may fall by 50 – 60 percent during the epidemic period, according to the General Statistics Office (GSO). 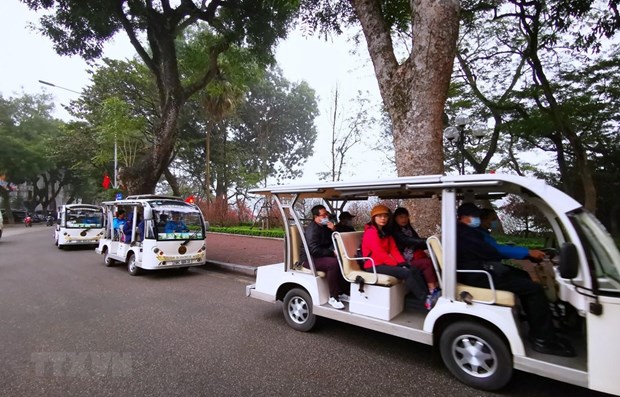 The GSO forecast the number of foreign tourists to Vietnam at 644,000 in the first quarter, declining by about 800,000 compared to the non-nCoV scenario.

A survey of foreign visitors shows that each Chinese tourist spends about 743.6 USD in Vietnam on average, while per capita expenditure by travellers from other countries is about 1,141.5 USD.

If the epidemic lasts through Q1, the country could suffer losses of about 2.3 billion USD in revenue from foreign tourists, the GSO said, noting that during the epidemic period, there are no Chinese visitors to Vietnam while the number of holidaymakers from other countries is also falling sharply since Vietnam is adjacent to China, where the 2019-nCoV is raging.

The statistics office of the southern central province of Khanh Hoa said Nha Trang city is predicted to be hardest affected as Chinese visitors account for the largest proportion of foreign arrivals there, over 70 percent in 2019.

Meanwhile, many meetings and conferences have also been delayed to contain the disease spread, leading to a considerable decline in MICE (meetings, incentives, conferencing, exhibitions) tourists in big cities like Hanoi and Ho Chi Minh City.

The GSO noted air transportation will be heavily influenced by the nCoV outbreak, adding that the Civil Aviation Authority of Vietnam has halted licensing regular flights between Vietnam and China until the Government issues new directions.

Due to the suspension of all Vietnam-China flights since February 1 afternoon, more than 80 flights between the two countries are cancelled every day on average.

Road and railway transportation has also been affected due to weaker travel demand, resulting in contracted transportation support services, the GSO said.

The office suggested that to boost tourism, businesses and localities should maintain promotion activities in the markets with good growth in visitor numbers in 2019, as well as new and potential markets like Japan, the Republic of Korea, Russia, the UK and Australia. Relevant agencies should also step up the establishment of Vietnam’s tourism promotion offices in key markets to attract more foreign travellers./.