Hanoi (VNA) – Several provinces and cities across the country have temporarily closed tourist sites to prevent the spread of the acute respiratory disease caused by the novel coronavirus SARS-CoV-2 (COVID-19). 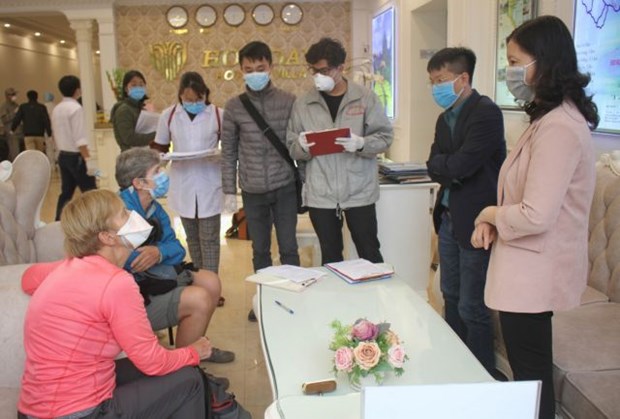 The northern province of Thai Binh on March 16 decided to close five relic sites, including Dong Bang Temple, A Sao Temple, Keo Pagoda, Tran Temple and Tien La Temple. All are famous sites in the province which attract a large number of tourists.

By 9:00 on March 16, Thai Binh had 62 people suspected of having the virus. They are under quarantine and in a stable condition, according to the provincial Department of Health.

Meanwhile, Director of the Department of Tourism of the south central province of Binh Dinh Nguyen Van Dung said on March 16 evening that the provincial People’s Committee had sent an urgent letter to organisations in the province, calling on them to stop admitting tourists to major attractions.

The suspension started on March 17 until the province receives new orders.

Binh Dinh has so far recorded no COVID-19 patients.

The southern province of Kien Giang stopped receiving international tourists and domestic tourists from areas with the pandemic from 7am on March 17.

The province has one COVID-19 patient, who was the 54th patient in Vietnam. The Latvian patient came to Phu Quoc Island and is now under treatment at the HCM City Hospital for Tropical Diseases.

All people in contact with the patients have been quarantined./.