Hanoi (VNA) – The management board of the Ho Chi Minh Mausoleum has announced that the visits to the site in Hanoi’s Ba Dinh Square and the nearby monument dedicated to martyrs will be suspended starting from March 23. 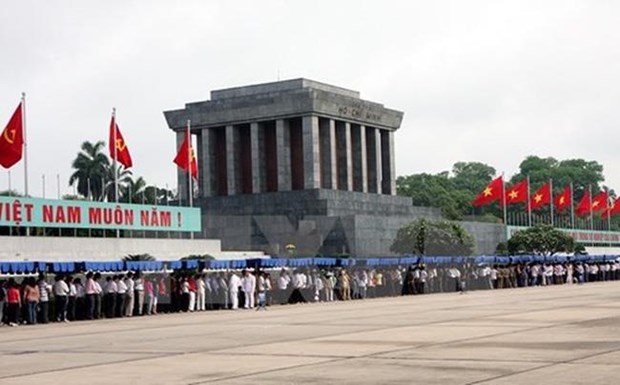 The Ho Chi Minh Mausoleum (Photo: VNA)
The suspension is meant to focus efforts on the fight against the ravaging COVID-19, the board said, adding the visits will be resumed at a proper point of time.

Since its inauguration in August 1975, the resting place of the founder of the Democratic Republic of Vietnam, now the Socialist Republic of Vietnam, has been a magnet to both Vietnamese and foreigners. It is thronged by large crowds of visitors almost all the year round, except for maintenance periods.

Ba Dinh Square is also the place where the late president delivered the Independence Proclamation, declaring to the world the birth of the modern Vietnamese state on September 2, 1945./.