Hanoi (VNA) – Myanmar authorities confiscated 762 kilogrammes of methamphetamine worth more than 19 billion kyats (12.67 million USD) in eastern Shan state, according to the commander-in-chief of Defence Services Office said on August 26. 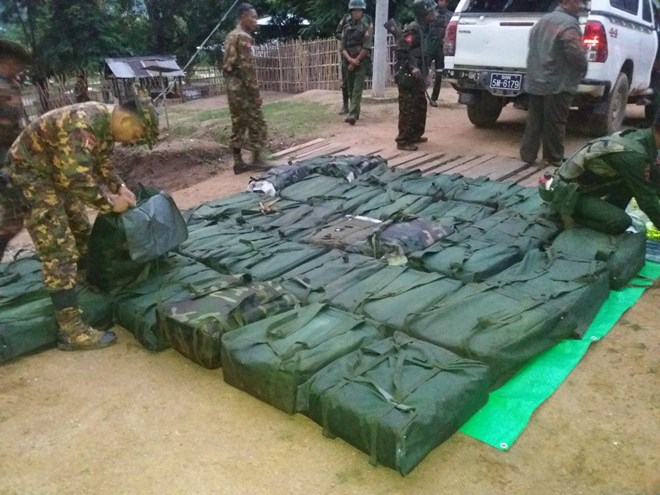 A total 38 bags filled with the drug was seized from a car in Mong Ping township on August 25.

Five suspects were charged in connection with the two cases.

Meanwhile, a total 168,800 stimulant tablets were confiscated from Bahan and Sanchaung townships of Yangon region. There were three suspects in the case. -VNA