Algiers (VNA) – Speaker of the House of Representatives of Morocco Habib El Malki on August 26 officially called on the ASEAN Inter-Parliamentary Assembly (AIPA) to grant Morocco an observer status within the body, according to local media. 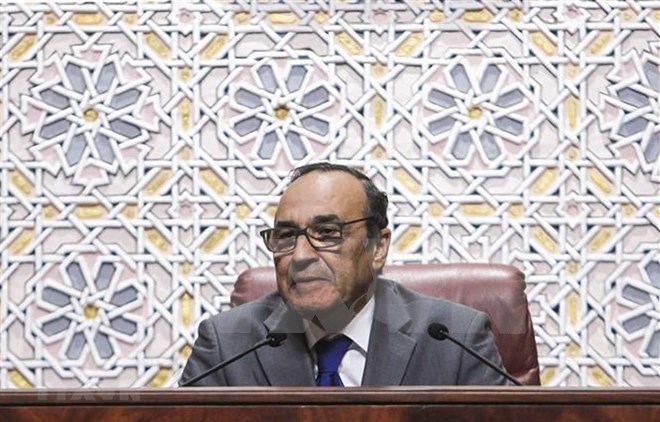 Speaker of the House of Representatives of Morocco Habib El Malki (Photo: AFP/VNA)

He made the statement at the 40th AIPA General Assembly in Bangkok where he was the guest of honour.

On the sidelines of this event, El Malki met with chairpersons of parliaments of ASEAN member countries to discuss bilateral cooperation and ways to further bolster parliamentary diplomacy.

It is an opportunity to strengthen relations between Morocco and the bloc and explore prospects for cooperation given the partnership frameworks established between the Moroccan House of Representatives and some parliarments of ASEAN member states.

Morocco is the only Arab and African country to participate in the AIPA, founded in 1977 with 10 member countries and 12 observers.

In his remarks at the assembly’s plenary opening session, El Malki said Morocco stands ready to strengthen cooperation with ASEAN and involve parliamentary diplomacy with this important region.

On the same day, El Malki held a bilateral meeting with with Vietnamese National Assembly Chairwoman Nguyen Thi Kim Ngan who invited him to attend AIPA 41 in Vietnam next year. – VNA