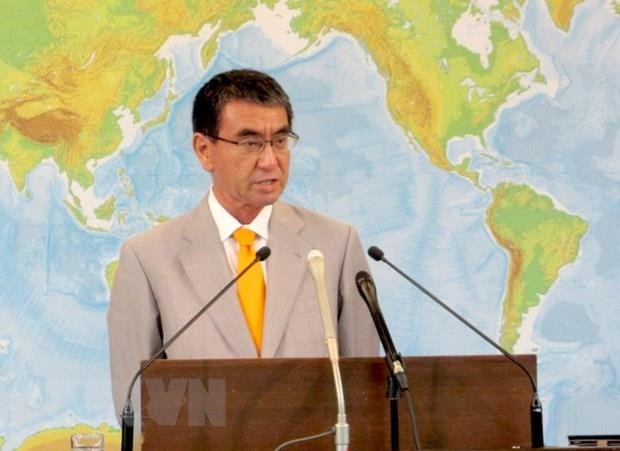 The minister made the statement in response to a request by a correspondent of the Vietnam News Agency for comments on escalating tensions in the East Sea due to a series of unilateral activities by China that seriously violate international law, sovereignty, sovereign rights and jurisdiction; and hinder the legal longstanding oil and gas activities conducted in the Exclusive Economic Zone (EEZ) of Vietnam as well as a number of other littoral countries.

He said that the East Sea is an important sea line for Japan and many other countries. It is directly related to stability and peace of the region, adding that the international community, including Japan, is paying serious attention to the situation in the sea.

The minister further said that after the recent East Asia Summit (EAS) Foreign Ministers’ Meeting in Bangkok, he has raised the concerns about the serious situation in the East Sea, and held that the international community should oppose any unilateral attempt to change the status quo and any serious action with coercion by any country.

The top Japanese diplomat asked all the parties concerned to demilitalise facilities or institutions in the sea, stressing that any dispute must be solved according to international law, including the UN Convention on the Law of the Sea (UNCLOS).

The countries should continue emphasising the need to uphold the rule of law in the East Sea, he stated.-VNA