Hanoi (VNA) – The Philippines and China have signed six bilateral agreements related to economic growth, education, and science and technology during President Rodrigo Duterte’s visit to Beijing from August 28 to September 1. 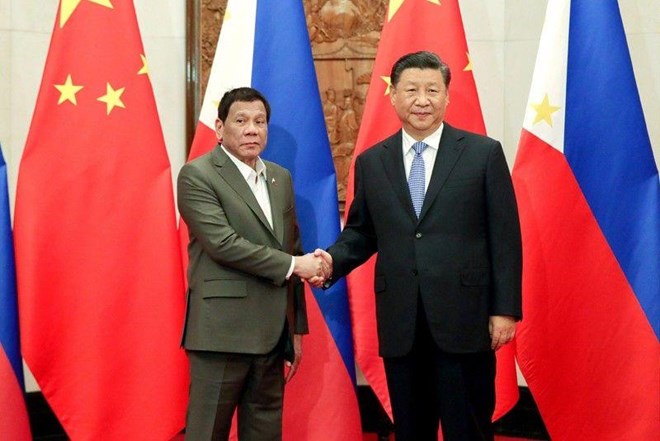 President Duterte (left) and Chinese President Xi Jinping shake hands at the start of their bilateral meeting at the Diaoyutai State Guesthouse in Beijing on August 30 (Source: philstar.com)

The Philippines’ Bureau of Customs (BoC) and China’s General Administration of Customs also inked a cooperative arrangement on the implementation of the intergovernmental agreement regarding cooperation and mutual assistance in customs matters. There was also an implementation contract on the China-aided container inspection equipment between the BoC and the Ministry of Commerce.

Duterte was “steadfast” in his nation’s territorial claims and its victory in the arbitral court three years ago, which the Philippine leader described as “final, binding and not subject to appeal,” Panelo said.-VNA