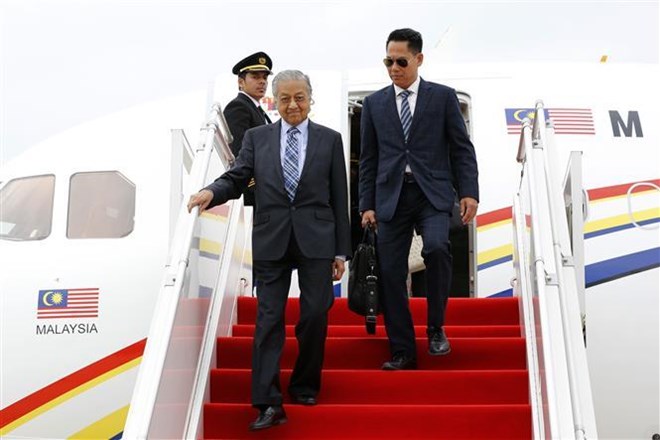 Malaysian Prime Minister Mahathir Mohamad arrives in Cambodia on September 2 (Photo: Xinhua/VNA)
The Malaysian PM is set to hold talks with his Cambodian counterpart Samdech Techo Hun Sen on September 3, with a focus on bilateral relations.

They will discuss regional and international issues of mutual concern, announced the Cambodia’s Ministry of Foreign Affairs and International Cooperation in a statement. The two leaders will also witness the signing of several documents and hold a joint press conference.

According to the Council for the Development of Cambodia, Malaysia is the fifth largest foreign investor of Cambodia in recent years, channeling a total of 481 million USD into the country in 2014-2018. Two-way trade reached 474 million USD in 2018.

Malaysia ranks eighth among Cambodia’s foreign tourist sources, with more than 91,000 visitors travelling to the nation in the first half of 2019, a year-on-year increase of 7 percent. -VNA