Bangkok (VNA) – Thai Minister of Tourism and Sports Phiphat Ratchakitprakarn has said the ministry is pushing for cuts in tariffs on branded products to foster tourism sector – a key economic sector of the country. 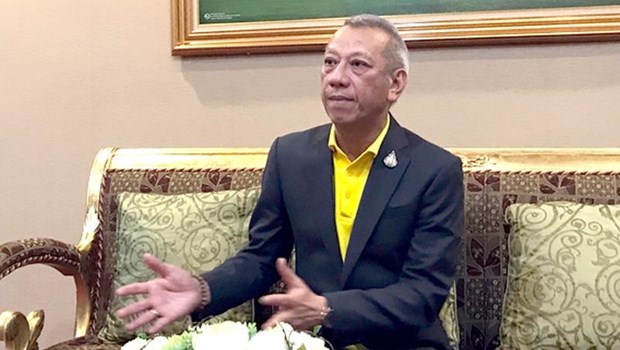 The minister said he would consult the Finance Ministry on whether it could cut tariffs, some as high as 40 percent, on brand-name products.

He said he does not want Thai people to go abroad for shopping brand-name products, which results in money leaking out of the domestic economy.

If Thai travellers could buy brand-name products in domestic market at reasonable prices, then that money would be injected into the local economy, he added.

Moreover, foreign tourists who visit Thailand would spend more if they could buy brand-name products at cheaper prices than at present, the official noted.

Meanwhile, Lavaron Sangsnit, director-general at the Fiscal Policy Office of the Finance Ministry, said that there are several factors to take into account before the government decides to cut taxes.

The average tariff rate on luxury brands is about 30 percent, he said, adding the issue had been discussed many times in the past, and Thai retailers also wanted the government to cut tariff rates.

According to the Bank of Thailand (BoT), while almost all the economic indicators in August pointed to the economy slowing down, the number of foreign tourists continued to be on the rise.

Thailand welcomed 38.2 million foreign tourists in 2018, up 7.3 percent from the previous year. The number of tourist arrivals in the first eight months of this year were 26.6 million, up 2.8 percent year on year, said the central bank./.