Jakarta (VNA) – A total of 27,000 military and police personnel of Indonesia will be deployed to secure the inauguration of President-elect Joko Widodo and Vice President-elect Ma’ruf Amin, slated for October 20. 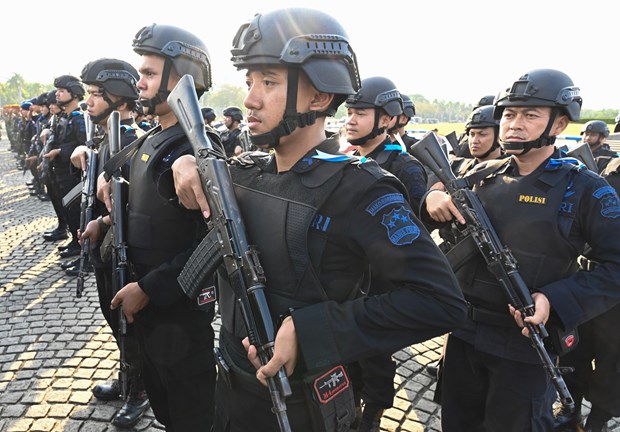 National Police spokesman Asep Adi Saputra told the media on October 7 that security will be tightened across Indonesia, especially in Jakarta capital.

The joint security force will be kept on the highest alert throughout the inauguration day, and the security alert will be removed on the next day.

Earlier, Coordinating Minister for Political, Legal and Security Affairs Wiranto accused a group of individuals of inciting students to demonstrate against some bills and plotting to occupy the parliament’s headquarters to prevent the President and the Vice President from being inaugurated./.