Jakarta (VNA) – Indonesian Finance Minister Sri Mulyani Indrawati has denied the notion that the tax revenue target for 2019 was set too high, causing the government fail to achieve it. 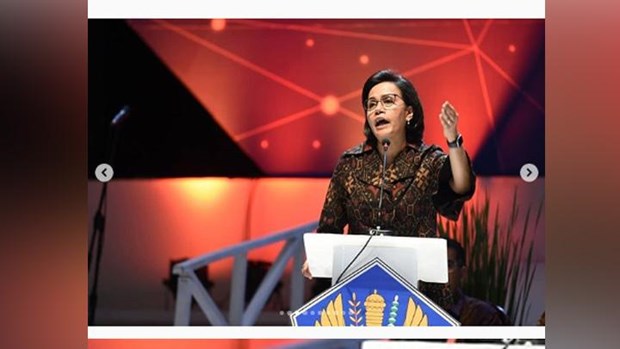 She said that the target was made based on calculations and discussions with the House of Representatives.

The problem is that economic conditions often changes dynamically, and the global economic slowdown affect the domestic economy, according to Sri.

With such uncertainty, assumptions on commodity and oil prices changes. As a result, the government will continue to face uncertain conditions in determining components in drafting the state budget.

Earlier on September 17, Sri expressed her optimism that the tax revenue target in 2019 will be achieved. Although she admitted that currently, the Indonesian economy is under major pressure.

“Tax revenue target for 2019 is hard, but that does not mean we cannot achieve it,” Sri stated.

On the other hand, Sri predicted that the State Budget deficit will increase to a level of 2 to 2.2 percent of the Gross Domestic Product (GDP) compared to 1.86 percent recorded last year.

Previously, the risk of a shortfall in tax revenue is projected to continue because until October 7, 2019, the actual tax revenue had only reached 912 trillion IDR or minus 0.31 percent. With the minus 0.32 percent revenue trend, the realisation of tax revenue for this year is predicted to be in the level of 85 percent to 87 percent./.