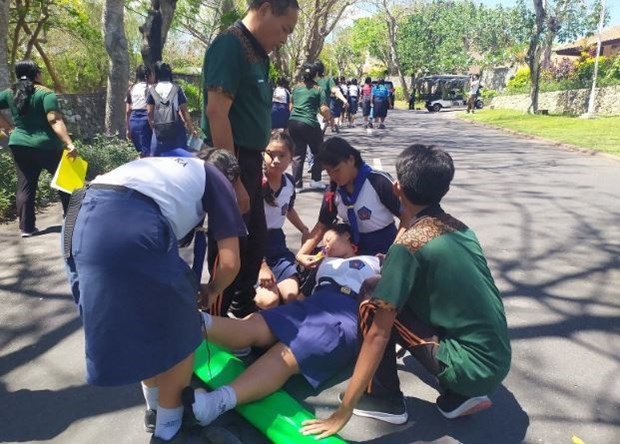 It was supported by the United Nations Development Program (UNDP) and fully funded by the Japanese government.

The scenario for the exercise was a magnitude 8.5 earthquake emanating from 20 kilometres under the seabed.

The students hid under their classroom desks as soon as the quake was announced. They then were instructed by the teachers on how to gather and run to higher ground.

The staging was part of the UN agency’s #PreparetoWin campaign, which has seen more than 285 schools and 107 students in 18 Asia and Pacific countries take part in tsunami drills since 2017.

Kemkhadze stressed that preparedness is the key to dealing with natural disasters that can occur at any moment.

As tsunamis are unpredictable and can sometimes strike within minutes, being prepared means knowing the warning signs, having clear emergency plans, safe evacuation routes and safe zones, she added.

The December 2004 tsunami claimed more than 230,000 lives, mostly in the northernmost Indonesian province of Aceh, while the September 2018 quake-tsunami in Central Sulawesi killed more than 4,000 people./.