Jakarta (VNA) – The ASEAN Women’s Circle (AWC) officially launched the annual ASEAN Charity Bazaar in Jakarta, Indonesia, on November 7 under the support of the ASEAN Secretariat. 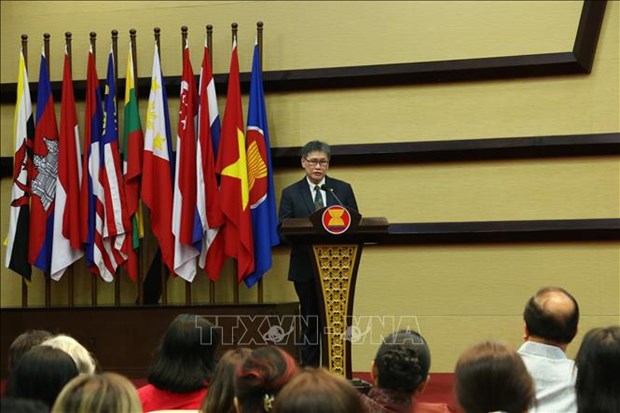 The event, one of the main annual activities of the AWC, featured 103 pavilions from 10 member countries and the bloc’s partners such as the US, the European Union, the Republic of Korea, India, and China.

The annual charity event also creates a significant revenue to help Indonesians from difficult backgrounds to improve their living standards, he added.

In 2018, the fair collected over 200 million Rupiah (14,267 USD), which was used to buy blankets, computers and learning tools for orphanages and social welfare centres in Indonesia, helping improve the lives of many Indonesians.

The ASEAN Secretary-General hoped this activity will be promoted and further expanded in the coming time to attract more sponsorship from businesses, regional and international organisations

According to the organising board, all of the money raised at the two-day event will be earmarked for charity activities in Indonesia.

The Vietnamese Embassy in Indonesia and the Vietnamese permanent mission in ASEAN set up two booths at the fair selling products of Vietnam’s unique culture as well as traditional food./.