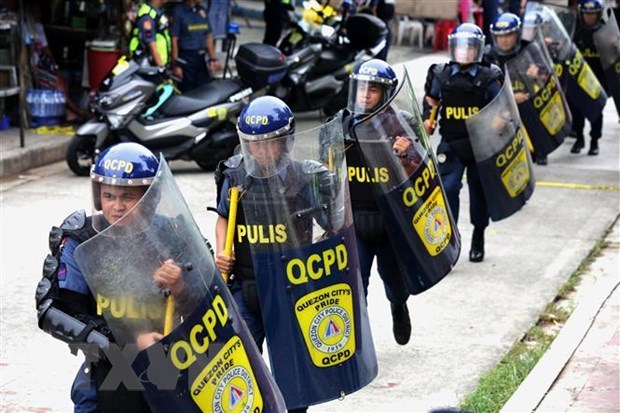 Illustrative image (Photo: Xinhua)
The three suspected individuals aboard a motorcycle towards Jolo town, Sulu province were sighted by the army troops who tried to stop them for checking. The suspects fired at the soldiers, who fought back and killed the three.

The attackers included two Egypt nationals and a Filipino who is believed to be from the Abu Sayyaf.

The troops recovered a pistol with ammunition, a hand grenade, explosives and triggering devices.

Abu Sayyaf, which has been terrorizing the southern Philippines since the 1990s, has pledged allegiance to the self-proclaimed Islamic State (IS). The group has been responsible for deadly bombings, ransom kidnappings and beheadings in the region.

Jolo has seen two deadly bombings early this year, killing more than 20 people and injuring over 100 others./.