Jakarta (VNA) – Indonesian President Joko Widodo has expressed his optimism that the country’s current account deficit and trade balance could be addressed within three years. 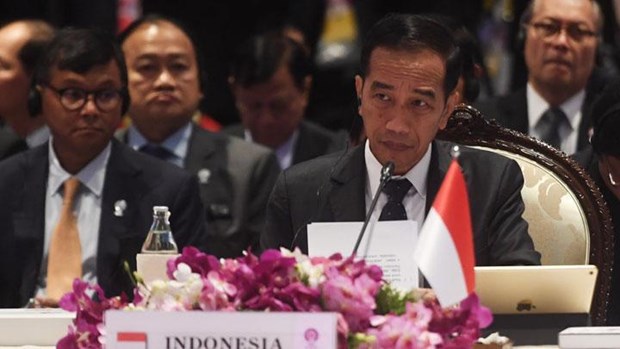 Indonesian President Joko Widodo has expressed his optimism that the country’s current account deficit and trade balance could be addressed within three years. (Photo: tempo.co)

Opening an event of the Indonesian Mining Association on November 20, the President said the country is focusing on the downstream and industrialisation programmes in the mining sector.

“If we are focused on the downstream and industrialisation, finished and semi-finished goods, I believe that in no longer than three years, all deficit issues can be resolved,” said he.

Joko Widodo reiterated that the mining exports substantially contributed to the country’s trade balance. But as a result, the domestic economy became dependent deeply on it.

Therefore, he called on businesses to no longer export raw materials, but process it first into ready-to-use or semi-finished products, thus gaining higher added value and generating more jobs for locals.

The President said he believes that Indonesia could trim the trade deficit should it only focuses on the downstream and industrialization programmes of one commodity, such as nickel.

“Indonesia could immediately wipe out deficit as long as it is capable of processing other mining commodities, for instance, processing coal into LPG, methanol, until petrochemicals,” he noted./.