Bangkok (VNA) – Thailand’s cross-border trade reached 1.12 trillion THB in the first 10 months of the year, a year-on-year fall of 1.94 percent, according to statistics from the country’s Commerce Ministry. 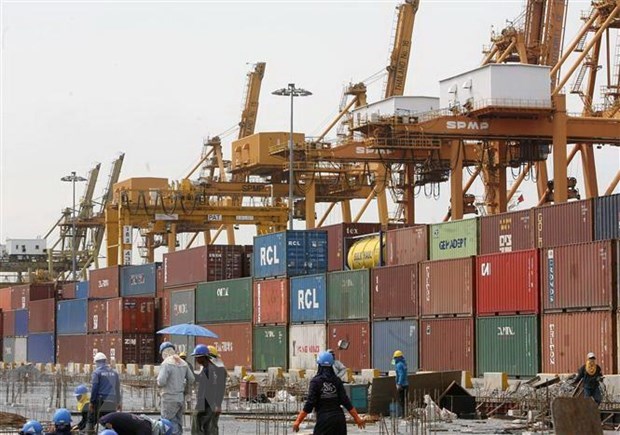 Of the total figure, exports from Thailand accounted for 627 billion THB, down 2.05 percent from the same period last year, while imports were worth 498 billion THB, resulting in a trade surplus of 129 billion THB.

Imports were worth 391 billion THB, down 0.11 percent. Thailand secured a trade surplus worth 119 billion THB with the four neighbours.

According to the ministry, transit trade with Singapore, Vietnam and southern China remained on the rise in the period, totalling 226 billion THB, up 2.34 percent.
Keerati Rushchano, Director-General of the ministry’s Foreign Trade Department, said his department is committed to proceeding with activities to boost border trade and the border economies.

Despite a spate of risk factors, especially global economic uncertainties, the trade row between China and the US, and the strengthening baht, the department believes that it will drive overall trade to 15 percent year-on-year growth, with a value of 1.6 trillion THB,  this year./.