Hanoi (VNA) – The Philippine police ended a hostage incident at the Greenhills V-Mall in San Juan City, Metro Manila, on March 2 evening after convincing the gunman to free all the hostages and surrender himself to the authorities. 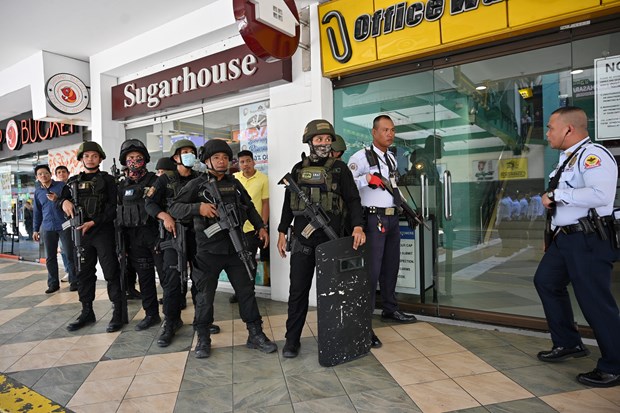 Policemen are deployed to the Greenhills V-Mall after the hostage incident happened on March 2 morning (Photo: AFP/VNA)

The hostage-taker was identified as Archie Paray, a former security guard of the mall. He agreed to leave his weapons, reportedly a pistol and grenades, in the shopping mall.

The incident happened at around 10:00 am (Manila time) when the hostage-taker entered the mall, shot and wounded a person and took around 30 others.

Armed policemen and negotiators were swiftly deployed to the scene after that./.