Singapore (VNA) – Singapore announced on March 24 that it will close bars, cinemas and all other entertainment outlets from 11:59pm on March 26 till April 30 to curb the spread of the coronavirus SARS-CoV-2. 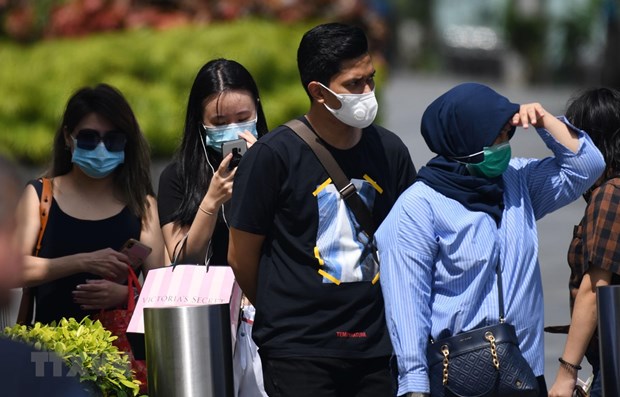 In its latest announcement, the COVID-19 multi-ministry task force said that during the period, gatherings outside school and work will be limited to a maximum of 10 people.

Retail malls, restaurants and museums are allowed to remain open, but must reduce operating capacity.

On the day, scientists in Singapore say they have developed a way to track genetic changes that speeds up testing of vaccines against the SARS-CoV-2 that has killed more than 18,000 people worldwide.

The scientists, at the city-state’s Duke-NUS Medical School, say their technique needs just several days to evaluate potential vaccines provided by Arcturus Therapeutics, an American biotech firm the school has partnered with for the trials.

That timeframe compares with the months usually required for testing based on human responses.

Ooi Eng Eong, deputy director of the school’s emerging infectious diseases programme, said he plans to start testing vaccines in mice in about a week, with human trials expected in the second half of the year./.