Big names in the pharmaceutical industry are wasting no time expanding their market dominance, raising concerns over the marginalisation of private drugstores. 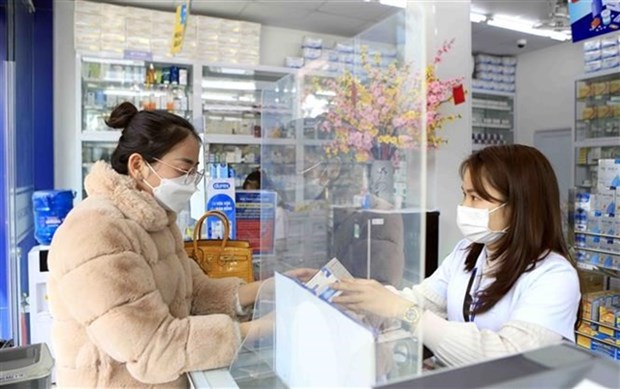 Official data showed that three leading pharmaceutical retailers in Vietnam own 1,962 drugstores by 16 May: 1,088 belong to Pharmacity, 581 to Long Chau and 293 to An Khang.

Pharmacity aims to reach over 5,000 drugstores by 2025, Long Chau has set a target of 800 by year-end, and An Khang is striving to raise its number of pharmacies to around 400 by late June.

Expansion can be observed in other pharmaceutical retailers, including Phano Pharmacy, Nha thuoc 7 and Nha thuoc Muoi, which also want a bigger share of the pie.

The fast growth of pharmacy chains has put off many pharmacists who planned to open their own private drugstores. They are concerned that their drugstores can no longer provide a niche in such a highly competitive market.

“The market is so competitive that it has shattered my dream of having my own drugstore,” said a disheartened pharmacist.

However, not all pharmacists are pessimistic, as some have found a way to hold ground amid mounting competition.

One pharmacy owner revealed that private drugstores who know their advantages could carve out a niche in the market.

“Local private drugstores have considerable advantages in terms of business premises. Additionally, their owners are always available for client consulting, adding flexibility to their services,” said the owner.

He stressed that consulting held the key to client loyalty. Pharmacists good at consulting could easily lure clients away from pharmaceutical chains and turn them into their own loyal clients.

He also underlined older people as an essential client segment that private drugstores should focus on.

These people are less likely to change their consumption habits, so they are indifferent to big names and innovative technologies that the big names have been offering.

“They don’t care about applications and brand names. They care about pharmacists who patiently listen to them complaining about their insomnia and back pain,” said the owner.

She said pharmaceutical retailers were opening new pharmacies at a fast pace. However, room for growth was ample for all market actors as big names still held a tiny market share.

“There is ample room for growth for all market actors. While Vietnam has around 57,000 pharmacies, big names like Pharmacity, Long Chau and An Khang own less than 3,000, a tiny portion”, Diep said.

Another pharmacist stressed that pharmaceutical chains to private drugstores were like supermarkets to traditional markets.

“Likewise, private drugstores are unlikely to lose ground in the short-term,” said the pharmacist.

Some pharmacists are moving their drugstores online to seek profits in virtual markets amid shrinking revenues from brick-and-mortar businesses.

The World Bank forecast that people aged 65 and above in Vietnan would reach approximately 20 percent of the population by 2050.

That means the demand for healthcare and pharmaceutical products will rise steadily in the coming years, providing a fresh impetus for the fast-growing industry./.