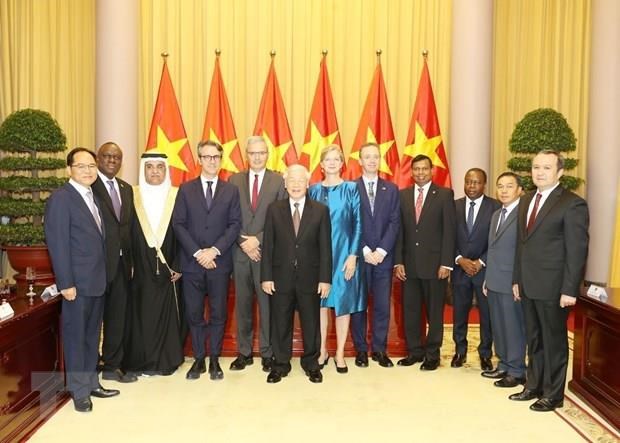 At a reception for the diplomats following the credentials presentation ceremony, the Vietnamese leader warmly welcomed them to Vietnam.

He expressed his delight at the growing relations between Vietnam and the countries and organization that the ambassadors represent.

Vietnam is growing strongly in all fields with a rising position in the world arena, he noted, adding that the country will take up the ASEAN Chair in 2020 and non-permanent seat in the UN Security Council in the 2020-2021 period.

The leader expressed his belief that the diplomats will successfully complete their tasks, pledging that Vietnam will create optimal conditions for them during their working term in the country./.