Hanoi (VNA) – The eighth working day of the 14th National Assembly’s eighth session was held in Hanoi on October 30 under the chair of NA Chairwoman Nguyen Thi Kim Ngan. 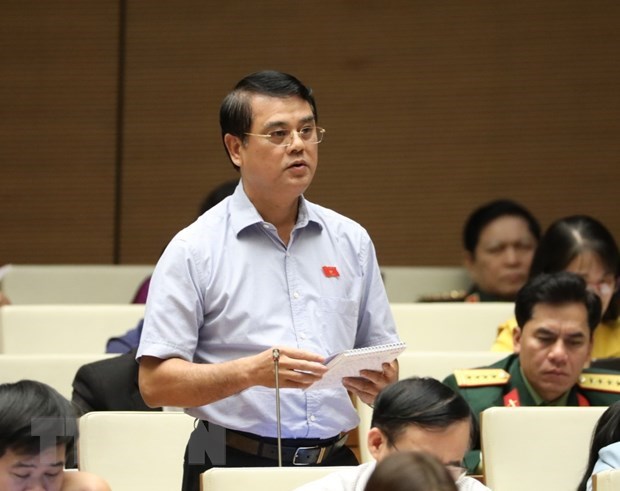 Fifty-two deputies raised their ideas at the meeting.

A majority of lawmakers agreed with the Government’s report and the legislature’s examination report which said that 2019 will be the second consecutive year that all the 12 socio-economic targets assigned by the NA have been met. Budget overspending reaches 3.4 percent while inflation is kept below 4 percent.

Concluding the meeting, Vice Chairman Hien, who managed the discussion which was broadcast live, said the legislature will continue looking into socio-economic affairs and State budget in its sitting on May 31.

Ministers of culture, science and technology, finance, and planning and investment will make clear issues in their authorities./.