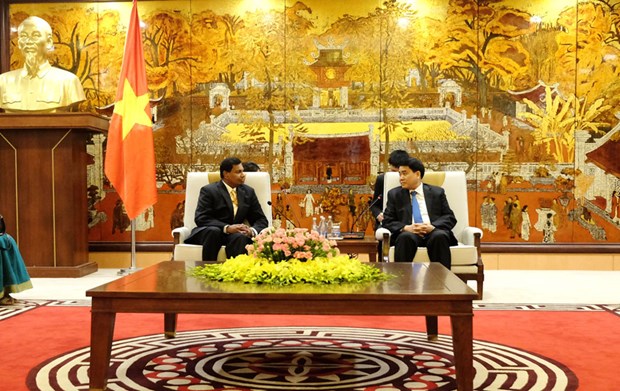 Chairman of the municipal People’s Committee Nguyen Duc Chung made the statement at a reception for Sri Lankan Ambassador to Vietnam Sampath Prasanna Walpita Gamage in Hanoi on October 31.

Hanoi is willing to introduce freshwater aquaculture businesses as well as connect with localities across Vietnam to transfer technology in this field to Sri Lanka, he said.

The two countries’ governments are negotiating a direct air route between Hanoi and Colombo to facilitate travel, family visits and education development, he added.

The ambassador agreed with the host’s cooperation proposals, and suggested the two countries promote youth exchanges.

He added that he will actively work to attract more tourists from Sri Lanka to Vietnam and Hanoi.

He also supported the establishment of the Hanoi-Colombo direct air route and hoped the two sides will implement the project soon.

Chairman Chung voiced his hope that the ambassador will serve as a bridge to forge the two countries’ friendship and boost locality-to-locality cooperation./.