(VNA) – An overall plan is being built to boost socio-economic development in ethnic minority-inhabited, mountainous and particularly disadvantaged areas. 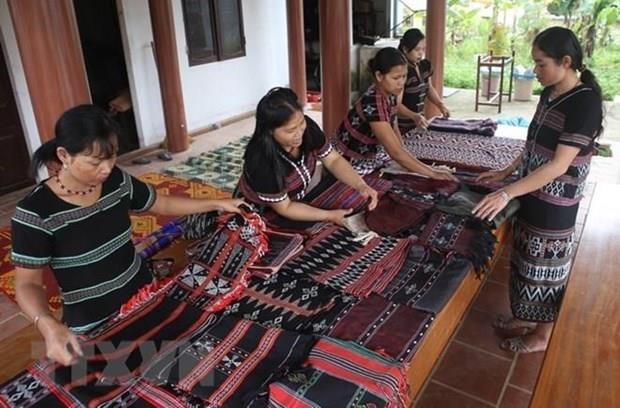 At a meeting held by the National Assembly’s Council for Ethnic Affairs in Hanoi on July 30, officials and experts agreed that ethnic minority-inhabited, mountainous and particularly disadvantaged areas hold importance in terms of politics, economy, society, security, defence, diplomacy and the environment.

The 53 ethnic minority groups with 13.38 million people reside mainly in the northwestern, Central Highlands, southwestern and coastal central regions, which are rich in valuable natural resources and ecological diversity. They are also home to many national hydropower plants.

However, socio-economic development in these regions remains slow, the quality of local human resources and access to basic social services are modest, while poverty rates are still high.

Therefore, it is necessary to build an overall plan on investment for socio-economic development in such areas for 2021-2030, participants said, adding that targets and breakthrough solutions are needed to boost the development of these areas and narrow their development gap with other regions.

Chairman of the Council for Ethnic Affairs Ha Ngoc Chien said the National Assembly assigned the Government to build the overall plan, and this scheme is set to be submitted to the parliament for consideration in October.