(VNA) – The socio-economic simulation and forecast centre of Ho Chi Minh City was inaugurated on August 1, expected to greatly help with the southern economic hub’s plan to become a smart city. 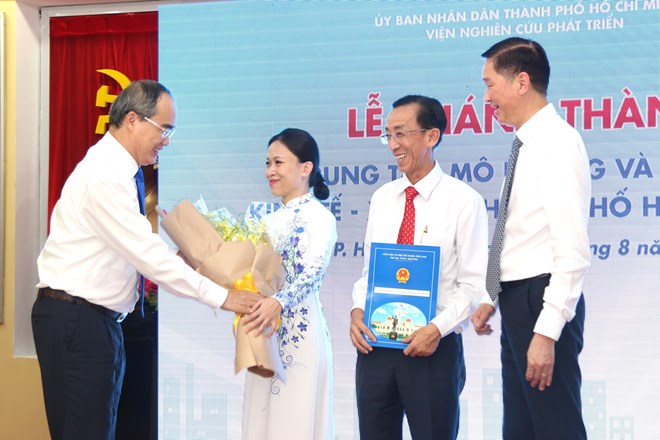 The centre, a member of the HCM City Institute for Development Studies, is tasked with collecting information to build database for analysis, forecast and simulation; studying and systematizing theoretical and scientific bases; and experimenting on analysis and forecast models.

It also systematizes quantitative models of issues relevant to the main socio-economic targets as well as domestic and international issues of the city’s concern, analyse data, and provide other services as directed by the institute’s leader.

At the inaugural ceremony, Secretary of the municipal Party Committee Nguyen Thien Nhan said local residents want to learn about how the hot issues related to their daily life will be, for example when flooding and traffic congestion will be addressed, what impacts of population growth are, and how the city’s traffic is connected with Mekong Delta provinces.

In terms of economy, the centre has to forecast how the local economy will develop in the time ahead, he said, asking it to provide municipal authorities with economic forecasts for 2020 and 2025 by this October.

Good forecasting will help HCM City further develop, and only when the simulation and forecast centre operates can HCM City become a smart city, the official added.