(VNA) – The national flag carrier Vietnam Airlines has announced it will cancel five flights on the route between the northern port city of Hai Phong and Ho Chi Minh City on August 2 due to storm Wipha, which is forecast to hit waters offshore and inland areas of northern localities from Quang Ninh to Nam Dinh on August 2 and 3. 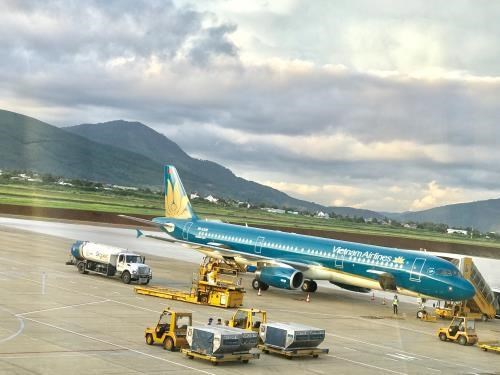 Two flights on the Da Nang-Hai Phong route (VN1672 and VN1673) on the day will also be cancelled, along with flights VN1286, VN1287 between Van Don airport in the northern coastal province of Quang Ninh and Ho Chi Minh City.

On August 3, flight VN1181 on the Hai Phong-Ho Chi Minh City route will be cancelled, while two others (VN1180 and VN1183) will be delayed by about five hours so that the flights will arrive in Hai Phong after 12:00.

Besides, other domestic flights of Vietnam Airlines may also be affected by the storm, and passengers are advised to keep themselves updated on the weather forecast and flight schedule adjustments at the airline’s website www.vietnamairlines.com, its Facebook page www.facebook.com/VietnamAirlines, its customer service call centre at 1900 1100, or ticket agents nationwide.

Storm Wipha, the third to hit Vietnam this year, is expected to cause rain, whirlwind and flood in the northeast, north, and central regions between August 1 and 4, according to the National Centre for Hydro-Meteorological Forecasting.